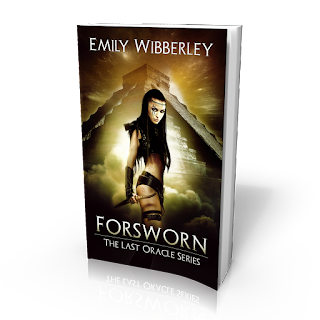 
Clio can see the future, but what she doesn’t know about her past could destroy her.

It’s been a year since Clio made her sacrifice to the Deities and embraced her destiny as the Oracle to save her people. The only family she has left is a brother who wants her dead. The prince, her oldest friend, is a king with his own agenda. And the man who once loved her, now hates her.

All she can do is try to forget about Riece, the enemy commander whose heart she broke to save his life, as she serves the Deities. Her days are filled with Visions and bloodshed in a never-ending war against the Untouched. To add to her problems, she must pose as King Derik’s mistress to conceal her forbidden powers from the Emperor’s spies.


When Riece unexpectedly returns to Sheehan with a new and beautiful ally, Clio knows she must put him out of her mind once and for all, but first, they are thrust together into battle against a mysterious Untouched warrior with otherworldly power. To reclaim her city, she must team up with the man she hurt, the man she still loves but can never be with, and finally confront the questions about her origin—questions with answers that Clio may not be prepared to face.

This book began with a bang.  We were placed in the midst of a war and the Oracle had done some growing up in the meantime.  Now 16 years old, with vessels of her own, Clio’s birthright is hidden from all but her closest confidants.  Her sole purpose is the defense of her king and her people.  The man who stole her heart marching back into her life with an army - and a beautiful princess, to boot! - is the last thing Clio wants or needs.  But her family’s past and its secrets are placing the people she loves in danger and Clio is not the type to back down from a fight.
The constant back and forth, angst and passion, and self- sacrifice on the part of the characters in this book - why can’t people ever be selfish?!!  But it kept me on the edge of my seat.  I found myself rooting for love to triumph, all the while knowing that, if it did, it could mean the end of them all.
Emily has done it again!!! With Forsworn, I was taken on an emotional roller-coaster and I did not want to get off.  This book was food for my angsty, romantic, book-loving soul.


Dear Emily, please do not wait too long for the next book.  I am impatiently waiting!!
Buy Now:


Buy Forsworn between July 21st-July 28th to receive an exclusive short story: The Commander, by Emily Wibberley, which gives you a peek at Riece’s feelings when he first met Clio in Sacrificed.

Email your receipt to thelastoracleseries(at)gmail(dot)com to claim your prize.

Click Below to enter a Raffle Giveaway
a Rafflecopter giveaway 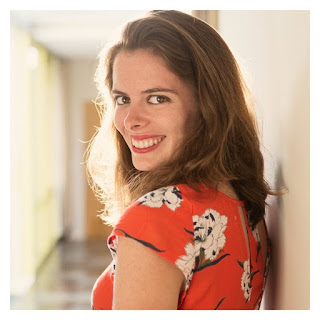 Emily grew up in the South Bay where she spent her formative years battling zombies on her Xbox, watching Buffy the Vampire Slayer, and voraciously reading everything from The Hunger Games to Jane Austen, where her love for feisty young heroines was born.

When she isn’t reading the latest YA book, Emily enjoys watching kick-butt action movies with her two rescue German Shepherds, Hudson and Bishop, named after characters from James Cameron’s Aliens.


Sign up for her mailing list to hear about exclusive giveaways and news about the upcoming release of The Last Oracle III as well as other young adult books she’s writing.
Connect with Emily